Hope you are enjoying some current material these days! Thanks to Kinsey for keeping our followers happy while I've worked on this monstrous recap...

We were in sunny Orlando, Florida for reading week. Make no mistake: our reading week was still very much filled with reading. It just happened to be punctuated with poolside relaxation, Disney outings, dips in the jacuzzi, and tasty meals.

Here's a play-by-play. (I've left the pictures small but you can click on the first to enlarge it and scroll through them as a slideshow).

Thursday: Late afternoon, we took a chartered bus to Toronto, where Mr. and Mrs. Brockie picked all five (Kinsey, Emily, Katelyn, Paula, and me) up from the bus station. We were famished, so we scarfed down a pizza, and got to bed as early as we could.


Friday: Early morning teas waiting for us by Mr. Brockie. Kinsey's grandma picked us up at 7:30 am and chauffeured us across the border to Buffalo. We met Michelle, who was eager to show-and-tell her Monique Lah-Hue-Lee-Err gown for the wedding she was on her way to attend at the prestigious St. Regis hotel in Manhatten. Then she tried to sell a neurology textbook to Emily. We made a speedy transfer at JFK and soon were in sunny Orlando, where Robert(o) drove us to Orange Lake Resort. Paula befriended him and they chatted in español (he was a native of the Dominican Republic, and had lived in Montreal) the entire ride.


We checked in. We had an in-resort chauffeur named Kevin who took us to our condo. He looked about our age. We peppered him with questions, and learned that he had moved with his girlfriend to Florida where they had purchased a house (!!!!!) and recently put in a swimming pool (!!!!!!!). After depositing our bags at the condo we hopped back in Kevin's Orange Lake minivan and he drove us to the edge of the resort compound. We sprinted across eight lanes of highway traffic (on a red light, sort of...) and across the largest parking lot I had ever seen, where we purchased our week's groceries at the Super Target.


On our way back we stopped into the local Applebee's for a speedy dinner (Kevin was coming at a set time before the end of his shift to take us and our groceries back to home base). All the service staff eyed our grocery bags hungrily. 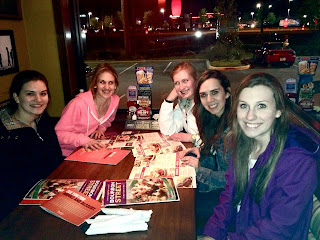 Saturday: This is our condo! Two bedrooms. Two bathrooms. Full kitchen. Jacuzzi tub. Patio area out back, right on the golf course (literally--old men on golf carts could see into Kinsey's and my bedroom if the curtains were open; we were careful).


We awoke to a cool day but bundled up and explored the resort. (Paula went with a relative to Disney World for the day.)


Through a series of events that would ultimately benefit us, we scored some tokens to the arcade.

All our gaming resulted in a few points to spend in the arcade store. What did we buy?

We visited one of the main pool complexes and took a dip in the hottub as best we could to warm up. 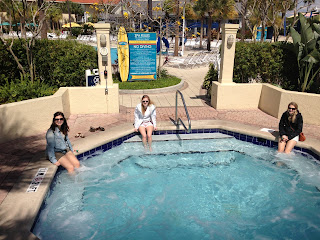 We also lounged in the hammocks. 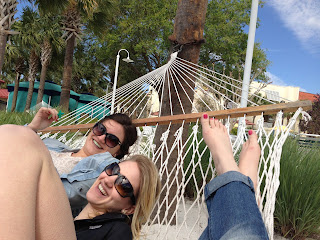 I recall we tried to minigolf also, but were too cold. We made it five holes before calling it a game.

Sunday: We slept in and enjoyed a hearty pancake breakfast. 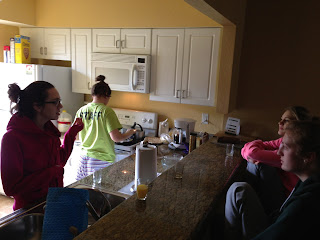 We tried to sit by the pool but it was too cold for bathing suits.... 14 degrees as a high, I think! People looked at us like we were crazy. We didn't last too long. After eating lunch we packed up and headed back to the condo to watch some Food Network... specifically, America's Worst Cooks, the most hilarious show to ever grace cable television.


Monday: We set out to conquer the Hippo--the world's largest inflatable water slide. We would later learn from experience this contraption is nothing more than a glorified slip-and-slide. They manually hose you, and then the slide, and finally send you flying down. It's still scary though. In the videos you'll hear my legitimately terrified scream.

Tuesday: We returned to River Island, having so enjoyed ourselves on Monday.


Wednesday: The day for mini-golf. We played 72 holes of golf this day. That's four entire games, people. Did I improve over the course of the day? Well... no. 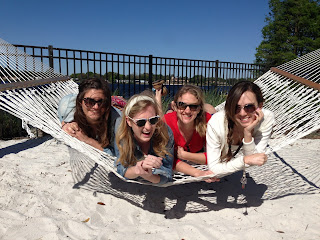 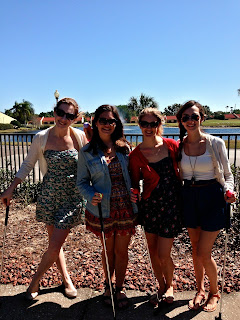 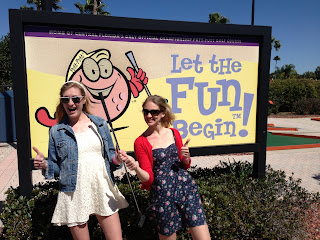 Two rounds of golf in the afternoon, and two after dinner. Kinsey is our very own LPGA star!!!! 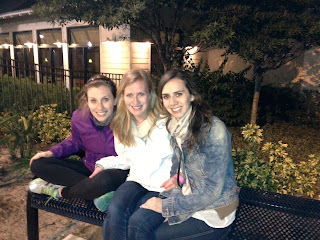 Thursday: We checked out Splash Lagoon, home of a little water slide, the coldest pools ever, and the Mushroom. 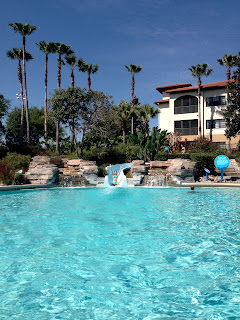 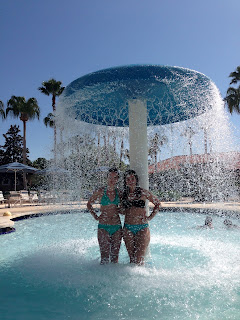 Being that it was our last night in Florida, the group decided that we should check out some Disney attractions. First stop: Downtown Disney.


I am proud of the above picture because it was entirely candid.

I also learned of one of the scariest things to ever happen to girls aged 3 to 12: The Bibbidi Bobbidi Boutique. I'm still having nightmares. If you're feeling brave, check out this Google Images search... 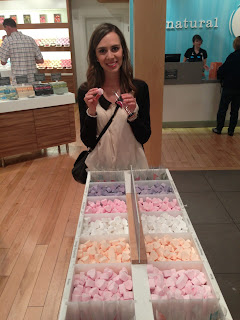 Having seen enough of Downtown Disney, we took a shuttle to the Boardwalk. The hotels there are gor.geous. We wandered along the water, caught a fireworks show, and popped in and out of shops. 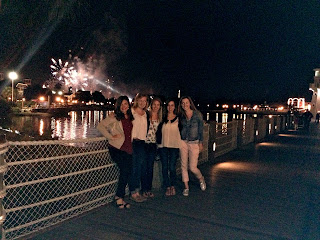 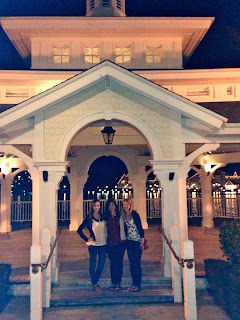 I cannot do Jeff, our cabbie, justice. I know the video below is long (and please don't waste your time watching it all) but it's the best I can do to demonstrate the singalong-dance party that ensued in our vehicle. There was Ke$ha and Rihanna and Taylor Swift and the Thrift Shop song... We lived it up in there. Jeff was so into it. We couldn't understand anything he's saying here (then or now) but we think he is singing along and busting some moves to boot. Oh, and Jeff was wearing an "I LOVE JESUS" ball cap, so that was cool.


Friday: Carrie, Cabbie Jeff's wife, picked us up early Friday morning to take us back to the Orlando airport. We were sad to bid Orange Lake and Kinsey (who was staying a bit longer with her family) adieu. Our Orlando flight was seriously delayed, and we literally ran from gate to gate to barely make our connection at JFK (mercifully that flight was delayed a little too!) Katelyn's mom and Jer would pick the four of us up in Buffalo and we would head our separate ways for the weekend before reconvening in Montreal on Monday. What a week!

And now... It's back to the daily grind. (Not this daily grind.) More midterms. More essays. And so forth. Just under one month until classes conclude (and I graduate?!?!????).
Posted by Katherine Ernst at 11:48