The Story of an Empty Frame

In September when Kinsey brought a lovely photo frame for Tupper I volunteered to get pictures printed to fill it.

...I had gotten used to seeing the stock images. Why fix something that ain't broke?!...

...Then I began to sense the embarrassment mounting...

"What lovely four-identical-paintings-of-sailboats you have in your bathroom," our guests would comment.

With my moving out looming ever near, I was determined to get some nice pictures in our frame.

Indecisively, I printed out a bunch. Then played with arrangements on our couch. 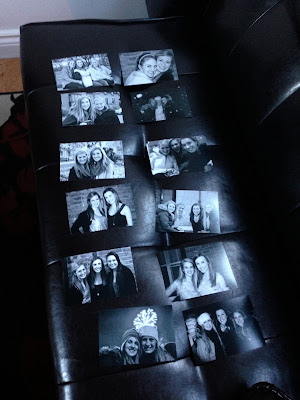 Finally we settled with this - ta da! 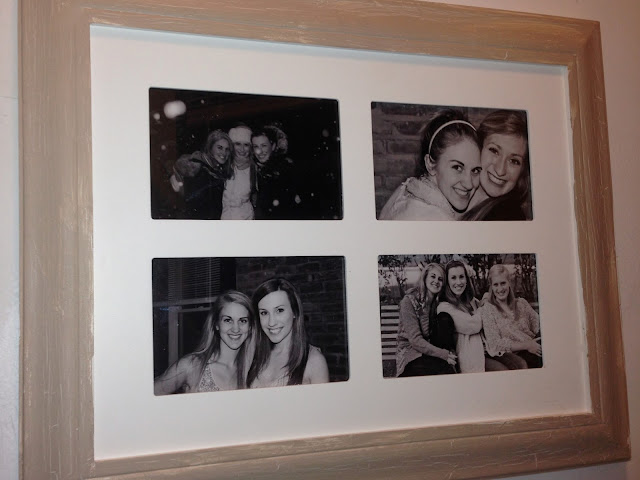 Now we are no longer embarrassed.