If you're living in Montreal, you would know that this week it has been impossible not to talk about the weather. (Look--Emily's doing it.) It's been cray-zay... Snow one day. Throw in some sunshine. Then some rain... Of course you don't have your umbrella on you. Do you feel like being tossed around the sidewalk like a rag doll too? Well here's some hurricane-force winds; they'll howl and keep you awake at night to boot. Shortly thereafter, the temperature may plunge twenty-five degrees and turn said rain into precarious ice flows. And so it goes. Today was no exception, containing all of the above. So obviously I took a lil' vid. (If you can't see the snow you'll just have to trust me. It was there.)


If I may whine just a bit more... The snow/ice situation is made all the worse by the snowplough brigades. So noisy!

To end on a happier note, the fresh snow is pretty until it turns to slush. Here's McGill on Saturday. 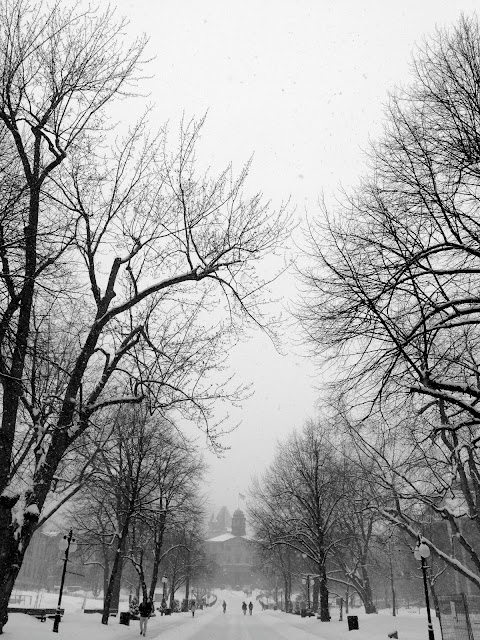 Posted by Katherine Ernst at 02:59